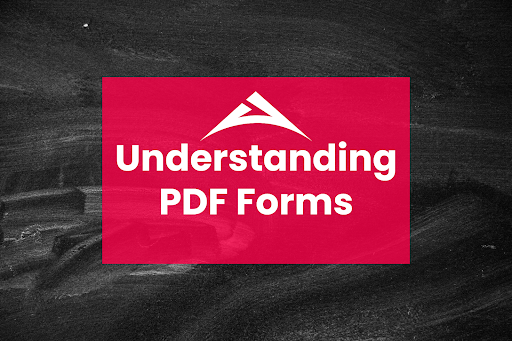 Aftia helps customers of all sizes with their data capture, processing and signing needs. Learn from Aftia about the types of PDF forms, their use, challenges and limitations and where the future of data capture is going.

Learn about types of PDF forms, their limitations and where the future is going

For many years now, organizations have found PDF and PDF forms a quick and easy way to  digitize paper forms. Simply putting a PDF version of a paper form on their website, made forms more accessible and cut printing, shipping and storage costs dramatically. However,  processing PDF forms that were printed and snail-mailed back remains a tedious and expensive process.

Enter Acroforms.  In the mid 1990’s, Adobe released Acroforms - the ability to add form fields on top of a PDF document.   Acroform PDFs and the data inside could be submitted by email.   This allowed for automated processing and reduced the costs of getting the data out of the form and into a spreadsheet, or with enough effort, a back end system.

In 2002, Adobe acquired Accelio (previously known as JetForm) for their form, document generation and workflow capabilities. The XML Forms Architecture (XFA) was a key part of these capabilities.   In 2003, Adobe released XFA based PDF forms in addition to Acroforms.  XFA forms had several advantages over Acroforms,   providing proper XML data and schema support, dynamic tables, show/hide logic,  javascript logic and built-in accessibility. The release of the Adobe Designer provided a single graphical tool for creating the forms, whereas Acroforms relied on other tools such as Microsoft Word or InDesign to create the underlying PDF document and the use of Acrobat to place the form fields on top.    For enterprise organizations, XFA forms provided the capability and manageability that Acroforms lacked. However for smaller firms with less stringent requirements, XFA forms were often too complex.

Acroforms and XFA continued to exist side by side in Adobe’s proprietary Reader, and often caused a great deal of confusion amongst Adobe’s customer base. The PDF purists preferred Acroforms, which were part of the PDF specification, while XFA was simply an add-on.

As the era of mobile phones dawned, Adobe had some tough choices to make about how best to support PDF forms on handheld devices.   The form factor of an 8 ½ X 11 sheet of paper on a tiny screen was tough to use without a lot of pinching and zooming. The device manufacturers made it even more difficult with restrictions on what software vendors like Adobe could put on their devices (remember Flash?). Browser vendors also put the squeeze on with their own embedded PDF viewers. The in-built viewers did not implement all of the PDF specification and PDF form experiences varied greatly between browsers.  None of the browser vendors supported XFA forms, and Adobe Reader, with its consistent form experience, was no longer ubiquitous on every device.  For most users PDF forms stopped working.

So how are you supposed to capture customer data in such a fragmented environment? Building apps for multiple mobile operating systems is far beyond the reach of most organizations. HTML is the one hope as it works across all devices.  But even with popular frameworks such as React, Angular and Vue.js, building intelligent and mobile ready forms is a computer science endeavor.

Morf from Aftia Solutions seeks to change all that. An easy to use SaaS data capture platform that accounts for the needs of organizations large and small. Corporate branding, accessibility, security, and simplicity into intelligent mobile forms is now within easy reach. PDF form and Word conversion capabilities let you leverage existing content to quickly create Morf forms.  Integrations with Microsoft Power Automate and Adobe Sign make processing and collecting signatures a snap.

Check out Morf at getmorf.io or through Microsoft Appsource and Azure Marketplaces.